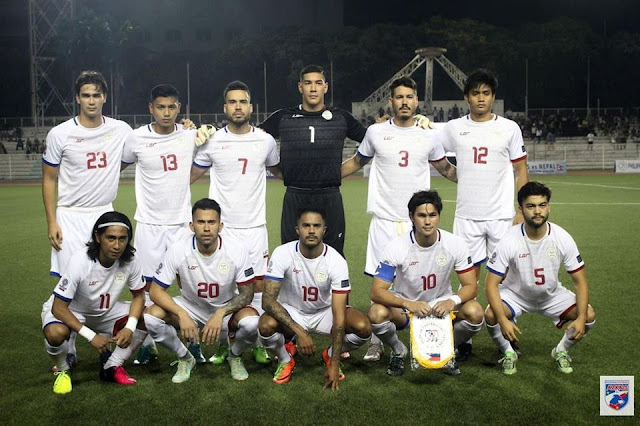 Known as the Azkals, the Philippine national football team grabbed second place in the Chinese Taipei Football Association (CTFA) Invitational Tournament held in Taipei from December 1 to 5. In spite of an undermanned team and three-day preparation, the quickly assembled team composed of a few Azkals veterans, players from the U22 SEA Games squad and University standouts squeezed a second-place finish ahead of Timor Leste and Laos.
Most of the regular Azkals were not available because they we not released by their Clubs due to the PFL season is in its semi-finals stage. The CTFA Invitational Tournament dates are also outside of the FIFA dates so a number of call ups on foreign based Filipino players were not successful.Asked about his reaction on Dan Palami’s description of the Azkals outing in Taipei as the Taiwan “debacle,” Team Manager Jefferson Cheng said. “If this is accurate, I am surprised with the comments of Dan (Palami). We are working for the same organisation which is the PFF, and representing one country, our country.”

“I think a more encouraging and supportive stance will do more good for Philippine football than complaining and maligning the players and coaches who did their best for their country,” Cheng continued. “I think whoever makes these negative statements are being unfair. We ended up second place with 3 days preparation, the players were given the best organisation one can possibly do with the time, and logistics constraints we have plus the conflict that the CTFA Tournament have with the PFL schedule.”
“My role is temporary as the PFF Secretary General asked for assistance because most of the clubs with the regular Azkals players including Mr. Palami’s Global FC are in the PFL semi-finals hence the clubs prioritize the league instead of the national team that is why they did not release the players. The regular Azkals Coach Thomas Dooley also had a very important previous commitment to speak in an AFC event representing the PFF.”

According to Cheng, Palami suggested certain players. They contacted these players and even bought them airline tickets but “they did not come for some reason.” During the CTFA Invitational Tournament, there were some calls and red cards that did not go the Azkals’ way which could have changed the complexion of the games and the result, Cheng pointed out. He explained, “I am not offering any excuses as there are none needed. The players and coaches did their best and what is important is they were there on the field fighting. We had three days to prepare and the players coming in from a long hectic PFL schedule, a second place finish is descent under the circumstances.”

“We should draw our attention to the positives,” Cheng pointed out. “We may not have won the tournament but the winner here is Philippine Football. The exposure given to our younger players was the right thing to do. Just ask (Kintaro) Miyagi from Cebu, who scored his first international goal with the senior national team, ask what the Cebuano football fans think about that, or (Jarvey) Gayoso from Ateneo who had his first cap. What about the sight of the younger players playing alongside their idols! The senior players mentoring and leading the younger ones was a very good and encouraging thing to see.”

“I think this is what team sports are all about,” Cheng concluded. “This experience of our younger players will only encourage and bring more fans, supporters and followers to our national team and Philippine football. Importante magtulungan tayo. (What is important is that we help each other.)”