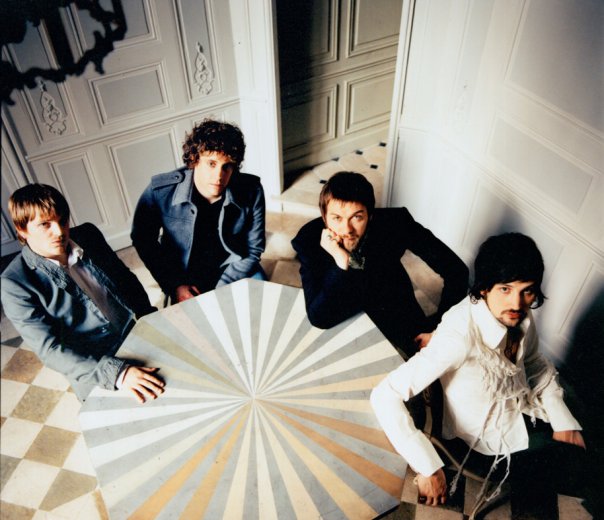 Kasabian
Musicians such as Kasabian (England), Kyary Pamyu Pamyu (Japan), MXM(BrandNewBoys) (South Korea) and Zara Larsson (Sweden) take over Deezer’s new ‘Football Fever’ Channel with exclusive playlists
11 June 2018: Global music streaming service, Deezer, is celebrating the World Cup with its first ever ‘Football Fever’ local artist takeover. Starting today, Deezer will host exclusive playlists created by musicians from each of the 32 countries partaking in the world’s largest football competition.
Kasabian are one of the bands shouting ‘Come on England!’ in the run up to the World Cup, and their chosen tracks for the new ‘Football Fever’ channel include hits from artists like James Blake and Giggs. Zara Larsson is ‘Go Sweden!’ with her playlist full of local Swedish influences and favourites like Tove Lo, Avicii and Icona Pop, while Colombia is supported by Mike Bahia.
Artists from all over the world have personally selected and curated playlists for 32 World Cup entrants including: Australia, Brazil, Belgium, France, Germany, Uruguay, Japan and South Korea.
Each artist’s playlist will also champion a wide variety of their local genres, including French rap (Niska for France), Brazilian Funk (Mc Kevinho for Brazil), German electronic (Paul Kalkbrenner for Germany), and Nigerian Afrobeats (DaVido for Nigeria).

Sulinna Ong, Deezer’s Global VP of Artist Marketing commented: “Football, like music, is about bringing people together. Just as the World Cup gathers the best in football talent from all over the world, Deezer has gathered the best in global musical talent for this summer’s matches. We’re excited to have great musicians like Kasabian, Kyary Pamyu Pamyu, MXM(BrandNewBoys) Zara Larsson, Vance Joy, Paul Kalkbrenner and Of Monsters and Men showcasing their own favourite artists from each of their countries to give our football-loving users the perfect soundtrack to the World Cup this summer.”
The Deezer ‘Football Fever’ is available from today here, until 16th July 2018.