First Brave CF event in the Philippines may happen in 2019 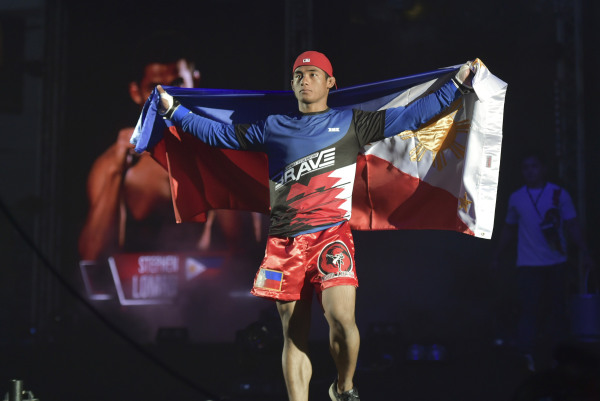 Stephen Loman
Brave Combat Federation has announced that projects to host events in Philippines are in progress. It was recently confirmed that the Bahrain-based global mixed martial arts promotion is working towards hosting an inaugural event in the home country of reigning Brave CF Bantamweight Champion Stephen “The Sniper” Loman, 23.
“The Philippines has been a focus for Brave Combat Federation from the very beginning,” Brave CF president Mohammed Shahid stated. “From time to time, warriors from the Philippines prove that they have not only the skill to compete in the international level but also the heart that matters when it comes to combat sports.”
According to Shahid, his elite team is currently on works to ensure that there will be an event hosted in the near future in Philippines. He noted that Filipino fighters “respect the sport and are model athletes with their attitude and respect towards the sport and will play a crucial role during the coming editions of Brave Combat Federation.”
Brave CF is an initiative under the leadership of His Highness Sheikh Khalid bin Hamad Al Khalifa of Bahrain. The promotion has featured martial artists from the Philippines in events hosted in Bahrain, Brazil, the United Arab Emirates, India, Mexico, Jordan, Indonesia and the United Kingdom.
Loman had his first title defense on June 9, 2018. He won via unanimous decision against Frans “The Black Mamba” Mlambo, 28, of Dublin, Ireland at “Brave 13: Europe Evolution” at the SSE Arena in Belfast, Northern Ireland.
This made Loman the only Filipino to defend a world championship title in the U.K. He is also the youngest champion to successfully defend his title in Brave CF, which features an extensive roster of athletes from 42 nations.
Loman trains out of Team Lakay, a fight team based in Baguio City, Philippines noted as the top MMA team in Asia in 2018. Brave CF has been working actively with the team since 2016.
Shahid has confirmed that Brave CF is working towards making an event in the Philippines in 2019 a reality and the fight card hosted in the country will have a sizeable representation of Filipino fighters. Also confirmed was that there will be a strong presence of fighters from Philippines in the fight cards hosted in 2018.
Aside from Loman, three other fighters from Team Lakay are expected to be on the fight card of the first Brave CF event in the Philippines. They are Crisanto “Slugger” Pitpitunge, 31, Jomar Pa-ac, 19, and Jeremy “The Juggernaut” Pacatiw, 22.
- Advertisement (300x250) -