PRESS RELEASE
Jakarta, Indonesia will be the venue of the 12th event of ​Brave Combat Federation on May 11, 2018. It will be the ninth city in the world that became a venue for the Bahrain-based mixed martial arts promotion.
Brave CF officials confirmed that the stadium for the event will be announced alongside with the fight card announcement. The fight week will include public weigh-ins, open workouts and media activities for the fans.
Hosting “Brave 12” in Jakarta is strategic due to the global positioning of city, which is the center of economics, culture and politics in Indonesia. The country has the largest economy among the Association of Southeast Asian Nations (ASEAN) members.
In 2008, Jakarta generated about one-sixth of Indonesian gross domestic product (GDP). The city also serves as the seat of the ASEAN Secretariat.
Several countries have appointed their embassies also serving as representatives for ASEAN. This makes Jakarta the diplomatic capital of ASEAN.
“Jakarta is set to host the first edition of Brave Combat Federation in the ASEAN on 11th of May,” Brave CF Media Relations Head and official spokesperson Hari Bhagirath said. “The initiative will bring the growing economy of Indonesia closer to the Kingdom of Bahrain which will be beneficial in the fields of sports, business, technology and cultural exchange.”
“The developments of the initiative will benefit athletes and the growth of the sort of mixed martial arts in the region,” Bhagirath added. “We aim to follow up this initiative with subsequent projects and Indonesia will be playing a key role as a regional leader.”
In 2017, the delegates of Indonesian government announced projects in the Kingdom of Bahrain aimed at improved relationship between the two nations in avenues of commerce, technology and cultural relations. The first Brave CF event was hosted in the promotion’s home country Bahrain.
On March 2, 2018, “Brave 10: The Kingdom Rises” took place in Amman, Jordan. It marked the first time a Filipino fought in Jordan when Team Lakay’s Crisanto Pitpitunge competed against Jalal Al Daaja. 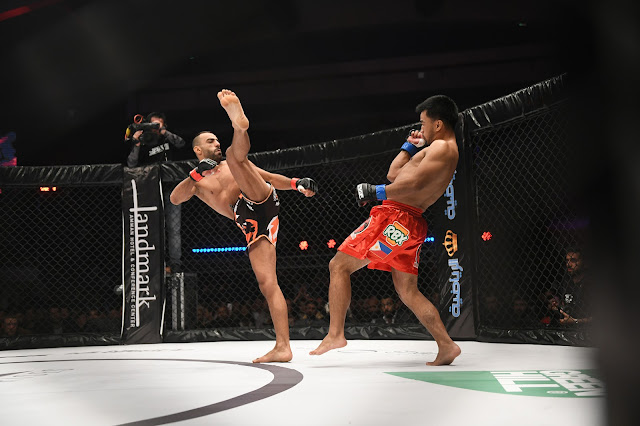